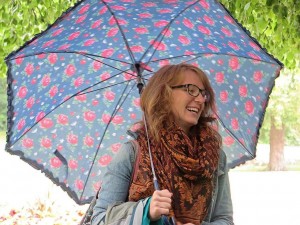 Kirsty is a young contemporary folk singer based in Sheffield who draws upon a wide range of traditional music. She has a most disarmingly transparent voice, but also the uncanny and beautiful knack of drawing attention to the song rather than the messenger, by the manner in which she employs it. Her Debut Album ‘Time Ashore’ features original songs as well as carefully curated folk gems.

She has been in choirs & musical ensembles from a very early age and much of her formative years involved immersion in the Brass Band tradition. This enabled her to make the transition to the ‘other’ English tradition, a journey which has been rich, eventful and which continues to challenge her.

After winning the prestigious Fred Jordan Memorial Folk Singing Competition at Bromyard Folk Festival in 2010, Kirsty has continued to perform at festivals and folk clubs around the UK & overseas including; Canada, Australia, New Zealand, France & many more… It was winning the competition at Bromyard that encouraged Kirsty to record her EP in 2011, in February 2015 she gave up her full time job to take up music as a profession. Her warm and expressive voice is distinctive and memorable, she is already winning strong and enthusiastic support around the World.

Kirsty’s life in ‘folk’ started off as an inspiring member of Maltby Phoenix Sword, an outstanding team who were overall champions at DERT in 2005. She was also a part of: Sandbeck Sword, Triskele Sword, Sheffield Steel Rapper, SMUTT Rapper, Rapper Rascals, Morris Offspring and Pecsaetan Morris. Although her work commitments mean that she can’t be a regular member of these dance teams she continues to teach dance and has travelled the World teaching rapper, longsword and Cotswold. She has been involved in several schools over the years encouraging the younger generations to get involved and to keep the folk tradition alive. 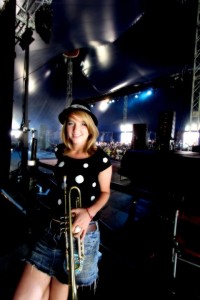 As well as singing Kirsty has performed at the Beautiful Days Festival with Dogan & The Deerhunters on Trumpet. She also played in the Eliza Carthy Motown Ceilidh Band at Whitby Folk Week in 2010, Sidmouth Folk Week 2011 & The South Bank Centre in London NYE 2011. Both her EP & Album feature Kirsty on Trumpet as well as on a recording of Pete Coe’s album ‘Backbone’

Kirsty is currently touring her Debut Album ‘Time Ashore’ supporting Australian ‘group’ The Spooky Mens Chorale around the UK followed by a self organised tour in New Zealand and Australia.